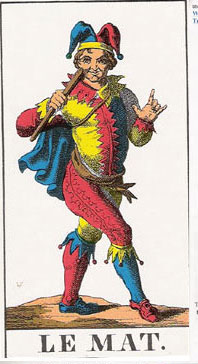 First eve of their journey, SF to Boulder, T-Bone asks Mobility B (MoB for short) to stop in Carson City, so he can gamble. But he sleeps thru town, and wakes up in Reno.

“Here we are,” MoB announces. He goes into a casino and the baker loses his dough. Night in some fleabag. Next day, Palm Sunday, down US 50 – the road less travelled and, 20 miles past Fallon, the Squid has its second flat tire.

“You know MoB,” says T-Bone, “I worked as a tow truck driver with a Holmes-440 rig on the LA Freeways. Changed many a spare tire for a lady in distress.”

“No problem,” says T-Bone, “here’s what we’ll do: I’ll jack up this jacked-up car and you, with the jack (I’m broke flat) will take of business back in town. How’s that sound?”

T-Bone is cashless, MoB has travelers checks. She hitchhikes back to Fallon, a flat tire on its rim under each arm, and calls up 24-Hour Repair.

Guy says, “I hope you don’t think I’m gonna give you a ride clear out there.”

He mounts and balances two new tires. “Well, you still got still half an hour on the clock – I’ll drive you out to your car.”

Back at the roadside broke-down Squid, T-Bone gets flashed with a ‘Ben Franklin’ impulse and, unpacking his Indian Tiger Kite, he walks sagebrush over tumbleweed, over cactus, out in the desert landscape to ‘go fly a kite’. There, he spends an hour or two dancing the Tiger Kite in the freedom of the Nevada wind.

About this time, MoB and Repair Guy arrive at the Squid to find T-Bone flying a kite. Repair guy puts both tires on the car – nice guy! No longer stranded, MoB and T-Bone take comfort in the 1969 Falcon Station Wagon with a black fender, a grey one, the rest of the body gold. A cracked windshield and all their stuff sitting there on the US-50 shoulder. This Squid, a veritable ‘bucket of bolts’, holds these two fools together at this dead-stop intersection of their young itinerant lives.