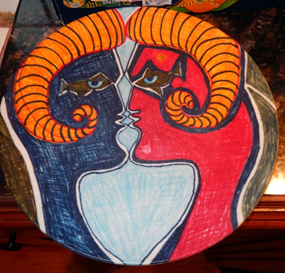 A Good Story Begins with the Blues

I will not go down under the ground
'Cause somebody tells me that death's comin' round.
An' I will not carry myself down to die;
When I go to my grave my head will be high.
Let me die in my footsteps Before I go down, under and drown

Wiley Timmons woke early in the Malibu dawn; a 16-year-old surfer boy gazing out at the 6-foot waves rolling out past the breakwater reef at Old Joes, the mysto-surfing spot just north of third point at Surfrider beach. Standing next to his 7-foot Jacobs short board, Wiley saw what looked like NIRVANA – an ocean of surfing adventure that lay at his feet. The glassy sea and powerful waves presented the thrill of big surf, all his own. It was early enough in the day that no beachcombers strolled on the Colony sands.

He suited up, waxed his board and paddled off into the powerful sea, before the sleeping crowd of the 'Malibu Riviera' had crawled out of bed. He knew that a new day was dawning, not just in the ocean before him but in the challenges he now faced – surfer boy against the world. 50 yards offshore, he sat poised on his wave-riding board, waiting for a chance to 'ride the wild surf'. That's when he saw the next set rolling in, another 20 yards out from his waiting zone.

Turning the nose of his surfboard out to sea, he doggedly paddled to get clear of the first wave coming his way. Then, he saw the second wave rolling in and once again, his tired arms dug into the water, stroke after stroke, advancing a couple of feet with each lunge of his arms into the sea. He was breathing heavily as he covered the distance to the oncoming swell and, with one last thrust of power into the water, he crested the face of wave number two. As luck would have it, this was a set of three waves rolling in and Wiley caught sight of the next monster swell headed his way.

With bulging eyes and a pounding heart, he made one last sprint to get clear of the set. He was scared, tired but determined not to get caught inside and to push through the next wall of water he faced. When, finally, the nose of his board pierced the lip of the wave, he knew he was free, now maybe 100 yards offshore but clear of the fearful force of Mother Ocean.

At that moment, past the height of another 6-foot wave, Wiley felt the tug of the tide pulling him back into the powerful grip of the sea. He was going ‘over the falls backwards', sucked into the wave, clutching his Jacobs board for survival and plunging into the churning whitewater action. Instantly, the surfboard was ripped from this hands and he plummeted deeper.

Which way to the surface? How much breath do I have? In a panic, he opened his eyes underwater only to have his contact lenses washed out. Am I drowning? Can I break free from down under this tumbling mass of whitewater? Relax young lad. Let the water carry you on. And, with what little oxygen he had left, Wiley crawled to the surface to pop his head free, only to gasp a mouthful of sea spray and air.

Wiley bobbed through the surf and half-drifted, half-swam his way back to shore. Back on the beach, he found his new surfboard damaged and dinged from the tide pool rocks and in a moment of failure and defeat, he ass-dragged his way back home: not the conquering hero but the waterlogged surfer boy, dejected from his pounding.

PDF Catalog
Down Under