They’re selling posters of the surfers. Celebrities all around.
Developers and real estate, buying up the ground.
Here comes the fire commissioner, the hills are all ablaze.
Sheriffs and their deputies chasing the bums away.
While right-wingers and the lefties fighting in the headline news
Crowds push thru the turnstiles to the three-ring circus blues

Miramar by the sea. Look at me. Look at me. Miramar by the sea. What is
beautiful needs no adorning. Blessed be the Gods of Real Estate and
show business, Miramar has been an enclave of the motion picture
industry since the late 1920s when groups of actors, actresses and movie
officials established the Colony, a Pacific Riviera on a mile-long strip
of beach just west of a natural estuary and lagoon. This tract of land, and
golden sands, developed from the massive Fringe estate, a property
spanning 26 miles of scenic beauty along the California Coast Rancho
Miramar built as a farm near the ocean, under the lee of themountains, with
brook trout, wild trees, good soil, and excellent climate. On 13,000 acres of
this SoCal estate the Fringe family built a private railroad, a dam,
commercial dairy, oil wells, a ceramic tile factory, horse ranches and a
family home adjoining one of the most desirable surfing beaches in the
world. From the late 1950s, your narrator’s family homes were built on
Miramar by the sea. Look at me. What is beautiful needs no adorning.

Fire on the Mountain – the second arena

Now ladies and gentlemen, let’s turn our attention to ringmaster Wiley
Timmons here in the center stage where you’ve never seen the frowns on
the jugglers and the clowns while they all do tricks for you. Watch as we
take you down, down, down through the burning rings of fire as the
story of Mira-mar is quickly retold through the history of fire on the
mountain. Over the past 100 years 30 fires have burned thru the hills,
homes and wild life of this beautiful coastal and mountain terrain. At one
time or another, almost 90% the land been has been scorched to the
ground. Over many years, the fires in these hills have seared thru the
Miramar three-ring circus lives of Wiley, his friends, and family.

destroying 1,643 structures, killing three people, and
prompting the evacuation of more than 295,000 residents. ¾ of the mountain sanctuary acres were gone.

The mega-fire of the devastating Woolsey blaze drew back the curtains
from the decades of Miramar growth and development. Smoke and
mirrors, smoke and mirrors. An awakening for this dyslexic atheist
insomniac who stayed awake all night wondering if there is a dog. A
memory too weird for words (but here we go anyways). Through the lifting
of the smoke, fire, haze and in the ashes of the burn scar emerged the
digital footprint of Miramar daily life. Week by week, year by year, here are
the stories of community life retold in the archives of the Miramar News,
these back pages appearing to a man-child with kaleidoscope eyes.
Naturally, we had to rearrange their pages and give them all another name.
Return with us now to those thrilling days of yesteryear as we enter the
Miramar time machine tumbling, tumbling back thru the headlines
of the weekly home town journal. Picture yourself in a boat on a river…as
we move to the next arena of our three-ring circus.

Horsing Around in Miramar

The Miramar Remuda, a two-day celebration of culture and heritage held September 27-28, 1947, took its name from the corral that vaqueros would use to select a horse for the day. The event featured this impressive display of horses (over 900 riders) on both days, in addition to a circus, a “western bathing beauty contest,” aquatic races, and an air show

Building Up the Ground

Celebritese – God of the Show-Biz Enclave

The Battle for the Headline News

Sputnik Sails over Miramar (11-8-57)
Freedom Document Foundation –
‘A Bible and the Constitution in every American home’
Put the United States Back Together Again. Elect Richard Nixon
It’s Time to Wake Up Americans

GOP Women hold a teen essay contest – Why Be a Republican?
The following principles best describe the cornerstone of Republicanism

Chasing the Bums Out of Town 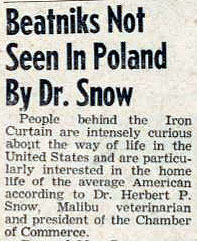 Without a Label (side show leaving the arena)

Star Child Stepping Out of the Time Tunnel

Wiley – younger than that now 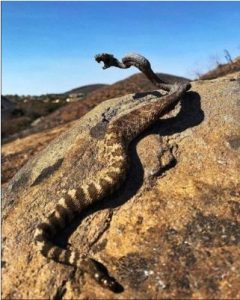 A Mirror Marred by the Scene

What is beautiful, needs no adorning.

This entry was posted in Stories and Songs. Bookmark the permalink.