Jailbreak (from Bus to Busted and Out Again)

Jailbreak
(From Bus to Busted and Out Again)

” … see the whole thing is a world full of rucksack wanderers, I see a vision of a great rucksack revolution thousands or even millions of young Americans wandering around with rucksacks, going up to mountains to pray, making children laugh and old men glad, making young girls happy and old girls happier, all of ’em Zen Lunatics who go about writing poems that happen to appear in their heads for no reason and also by being kind and also by strange unexpected acts keep giving visions of eternal freedom to everybody and to all living creatures.” – Jack Kerouac, Dharma Bums

I had no map, few directions, just an address for some medical students in Guadalajara when I boarded the Greyhound Bus at the dingy downtown Los Angeles terminal, headed for Nogales, AZ and the Mexico border. It was 1974 and the world was still burning with the flames of Vietnam, ghettos riots, counter-culture rebellion, international student revolutions, Nixon Empire, political assassinations and personal tumult (‘What’s it all mean Big Daddy? If you don’t know by now, then I can’t help you.’). I didn’t need a weatherman to know which way the wind blows. I had a Jack Kerouac tract packed in a sack on my back. That was the only compass I needed at the time.

Through San Berdoo, Indio, Blythe, Phoenix, Mesa and Tucson this 12-hour bus trip offered a scenic highway tour complete with a soporific series of roadside signs along the way. To keep it all lively, there were four guys singing some soulful doo-wop in the back of the bus:

At some way station before Phoenix, I asked these brothers where they learned to sing so fine.

“Man, we’re the Drifters and we’re performing in concert at Holloman AFB in Alamogordo, NM.”

Hey, I was drifting with the Drifters! After the singers transferred buses in Phoenix, the Greyhound pushed on into the night and I was speaking Spanish (hablando Espanol) with a man (con un hombre) who would later guide me across the border (la frontera) at the Nogales, MX crossing (el crucero).

“Just wave at the custom inspectors (los officiales) and follow me,” he said.

With my long hair, Kelty pack and guitar, I crossed the border into Mexico. Onwards and Upwards (arriba y adelante).

Out of the Park

Two months later, I was on another bus ride, this time with Zapatistas, campesinos, small children, farm animals and my travelling partner, Tomas, over the Sierra Madres in southern Mexico, en route from San Cristobal Las Casas (in Chiapas) to the mythical state of Yucatan (where ruins and magic awaits). At a routine customs stop, I was greeted by a new group of officiales with a different message.

“Senor, you have no stamp on your visa. You are travelling in the country illegally. You need to go back to the customs office in Chetumal and have your papers put in order.”

So much for the foolish, footloose and feckless drifter. Tomas and I agreed to meet up at the hotel in Palenque the next day and so, I headed for the downtown area to get these travel papers fixed. Unfortunately, it was only 8:30am on Friday morning and the customs office was closed until 10am. At this cosmic crossroads, two choices arose – breakfast or a round of Tai Chi Chuan in the city park. Fitness over food prevailed and I set my worldly goods down by yonder tree, to begin the Chinese callisthenics.

Somewhere between Cloud Hands and Grasp the Sparrows Tail, I caught sight of another officiale at some distance away in the park. He had decorations on his uniform like an army officer and he was staring me down. Two more thoughts drifted thru my clueless mind – should I stop my Tai Chi or finish the 36 moves of the form? That decision was not mine to make. In a flash, an arm was locked around my throat and many hands were grabbing me on either arm. In a backwards, dragging motion (not a Tai Chi move) I was hauled into the local police car with backpack, guitar, and my official papers. I had reached an unscheduled stop on my itinerary. In my heart of hearts, I hoped that these bad guys would kick my ass and throw me out of town. No such luck. After traversing the city streets this police car came to a halt and I was looking at a scene from Butch Cassidy and the Sundance Kid – a Mexican jail with a manned machine-gun turret on the roof. This was not the 4-star hotel I had in mind. 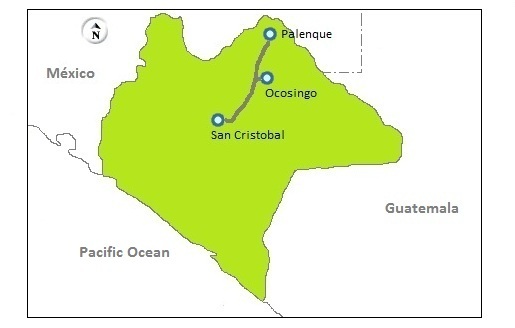 Concrete floors, several inmates and an awful smell greeted me in the cell. No furniture, just floors. No plumbing, just a bucket. A barred window with a view to nowhere. There were no people in the world who knew my whereabouts. My name was Lonesome. Welcome to Friday night in Chetumal.

Once there was a morning in my teenage surfing years that felt like this. I had bought a new Makaha shortboard (7′) and the swell was hitting the Malibu beach just right. I had gone out to chase the 4-5′ waves when the big set hit. I paddled until my arms fell off over the first of three breakers, then the second and still another wave further out was rolling in. With all my strength, I crested the third wave, the nose of my board punching thru the height of the curl. And then backwards, backwards, backwards, over the falls, I was carried into Mother Nature’s washing machine. In that desperate instant, I went limp and tumbled with the white water churn. Disoriented and short of breath, I crawled to the surface, leaving my contact lenses in the depths of the sea. I was alive. That’s all that mattered.

In this God-forsaken place, the new enemy was boredom. By all rights, no one would talk to me through the weekend. My inmate companions were not the conversational types. To pass the time, I spoke with a guard and was given a marker and cardboard to craft a makeshift chess board and pieces. With the little persuasion and few pesos I could afford, the jail keeper agreed to buy me sardines from across the street. Waiting on this food supplement, I stared out of the cell, gazing at what seemed to be the prison arsenal – a rack of breach-loading Carbine rifles left over from the bygone Mexican wars.2 When dinner had passed and darkness rolled in, I curled up to sleep for the night.

(They Put Me in Jail, But I Have the Key)

With the daybreak’s first light, my mind turned to other thoughts. I had committed no crime to be put here and I should put on my ‘Zen Thinking Cap’ to dwell on this predicament. Propped upright on the concrete wall, in a half-lotus sitting position, I meditated on Great Kanzeon from:

THE SCRIPTURE OF AVALOKITESHWARA BODHISATTVA

When people hear His name, and see His form,
And think of Him not vainly in their hearts,
All forms of ill, in all the worlds, shall cease.
If, wishing harm, an enemy should try to push
another in a fiery pit, the victim should, on Kanzeon’s great power, think, –
and straightway that fiery pit shall be transformed
into a cool and silver lake.

At least I would start the day with a braver heart. I thought of Steve McQueen, ‘The Cooler King’ in The Great Escape. That defiant American POW spent many days in solitary confinement with his grit, baseball glove and ball, bouncing his frustrations off the walls of his prison cell. In my reverie, I heard these words –

“There must be some kind of way out of here,”
Said the joker to the thief,
“There’s too much confusion,
I can’t get no relief.”

Imagine my surprise when later in the morning, this apparition appeared. Standing at the jail cell door, a smattering of conversation came to me – “Gringo, Yoga, Gringo, Yoga?” and around the corner from the sergeant’s desk station came a man I had never met before.

“Are you the Gringo who was doing Yoga in the park and got arrested?”

“Don’t worry,” this stranger said, “I’ll have you out of here in an hour.”

With that, I went back into the meditation posture and reached again for Great Kanzeon’s life preserving power –

An hour later, the door opened. I was given my possessions (backpack, guitar, papers and Kerouac). The sergeant grumbled a gruff apology and I walked into the sunlight, accompanied by my new-found friend.

“My name is Mike. This is my girlfriend, Brenda,” he said, climbing into the cab of his pickup truck. “Hop in and we’ll buy you breakfast.”

So, off we went to a local restaurant for a meal and an explanation.

“Well I’m an Albanian building contractor here in the city and one of my workmen saw you get jumped in the park. He said you put up a pretty good fight but were overpowered by the police who grabbed you. Now I’d been in that jail before and it’s not a fit place for a person to be. So Brenda and I thought we should get you out of there.”

He later cashed my traveler’s check, helped clear my papers at the customs office and got me on a bus out of town. I thought for a minute about helping the other inmates in that jail but knew that it was best if I kept on going. On the Road … Again.

(They Put Me in Jail, But I Have the Key)

He, being wise and full of mystic power,
will save him from all worldly grief and care.
With all miraculous powers well-endowed
And widely skilled in knowledge of all things,
In all the world, in all the quarters,
There is not a place where Kannon does not go.
Hells, evil spirits, – beastly creatures – all the evil
ways of living, all the pain that comes
from birth, old age, disease and death
Will, for eternity, all pass away.
Great Kanzeon views all the world in Truth,
Free from defilement, loving, knowing all,
Full of compassion;
He must always be prayed to, adored for all
eternity 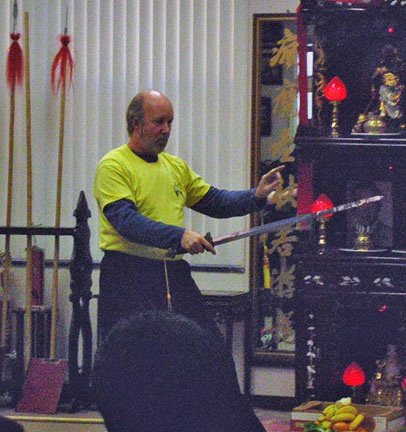 1. The Drifters – There Goes My Baby lyrics
2. http://www.carbinesforcollectors.com/mex.html